The future of ecommerce: delivering satisfaction 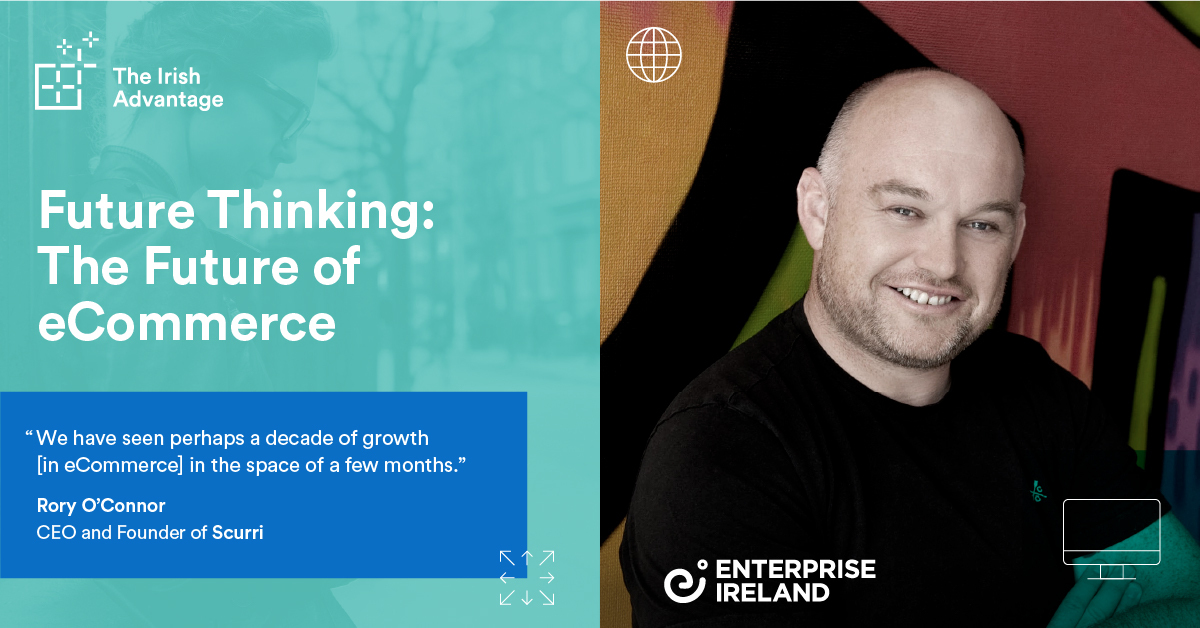 Rules-based software and innovations in artificial intelligence are transforming how our online purchases get delivered to us.

For many people, one abiding memory of the Covid-19 pandemic will be waiting at home for couriers to arrive with their online purchases. Internet shopping shot up during the lockdown, with some categories, such as toys and games, seeing sales double.

In the UK, the proportion of people shopping online soared to 32% from 17% in three months, says Rory O’Connor of delivery management software firm Scurri. “It took three or four years to move from 15% to 17%, so we have seen perhaps a decade of growth in the space of a few months.”

Taking the stress out of receiving deliveries

The good news for ecommerce customers, says O’Connor, is that the next few years is likely to see significant consolidation of service around the final stages of fulfilment. That should mean much less time waiting around for couriers.

“In the next five years, we’ll see more use of artificial intelligence (AI) to improve service,” he says. “Instead of five carriers coming to your house in one day, the system will work to get all those packages close to the customer and then have them delivered together by one delivery person.

“That’s where national postal services have a distinct advantage. They could receive packages at the local post office and then deliver them at once, which is much better for you as a consumer than having 10 vans turn up at different times during the day.”

AI may also be able to help deliveries “self-heal”, he says, meaning it could quickly decipher if an element of an address was missing or incorrect and then send a parcel to the correct destination.

Improving tracking, as much as possible

Unfortunately, online shoppers are unlikely to see actual real-time tracking, such as you might see with a fast food delivery app. “Customers want it, but the reality is challenging for couriers,” explains O’Connor.

“Routes can loop, so a customer could check an app first thing in the morning and see their parcel heading in the opposite direction to their location. In tests, this has caused concern for people and carriers were getting a lot of calls.”

Happily for merchants at least, they should be able to harness AI-powered technology to respond to customer queries about the location of their parcels.

“Typically, 30% to 50% of the customer service enquiries online retailers receive are ‘Where are my order?’ queries,” he says. “Everyone is wondering where their delivery is. The answers are usually pretty standard and easy to decipher, so that is a typical place where bots could field those questions.

Scurri’s software-as-a-service platform connects and optimises the ordering, shipping and delivery processes for its customer base of ecommerce merchants. Since early March, it has seen a 55% increase in delivery volumes as its customers have been striving to meet consumer demand.

Operating primarily in the UK, but also in Australia, Germany and Ireland, the Irish firm works with dozens of carriers such as UPS, DHL and DPD, and its customers include eBay, Gousto, Ocado and Vision Direct. Scurri was recently named as the only Irish company among the top 50 global retail tech startups, according to a report by RWRC – home of Retail Week and World Retail Congress.

Scurri anticipates further growth. It has just raised a further €1.5m in funding, bringing its funding to date to €8m, and is fast tracking several key strategic hires to help facilitate its expansion.

O’Connor says Scurri not only saves merchants money but also helps them to add value to their services. “If by adding carriers or lockers, merchants can add Sunday deliveries or convenience to a marketing offer and provide the customer with a better experience, they will pay for that,” he explains.

Cost savings are also a significant draw. “Rather than sending everything with one carrier one way, we optimise based on size, shape, weight and other variables, then we send packages by the most appropriate methods. For someone trying to make that decision on the end of a packing line, it’s impossible to optimise delivery as there are so many permutations. But by running the rules engine in the software, they can point each package to the right delivery method and service.”

This operational efficiency can save ecommerce merchants up to 20% in carriage costs, he adds. “They can really save significant amounts, especially when you think that shipping can account for 10% of a merchant’s total costs — it’s often the biggest single item spend.”

Back to the future in the new normal

Harking back to pre-pandemic times, many consumers expected that drones would be the future of delivery. O’Connor is sceptical, however, believing that widespread use of delivery drones is quite a few years away.

He does, however, expect the world of fulfilment to turn back to another key area of consideration. “The environment would have been the topic of 2020 except for Covid-19. We were seeing a huge focus on sustainability, carbon-neutral deliveries and so on. Once the current increased rates of delivery have been absorbed and once everything pans out, that will come back as an important issue to be solved.”

The future of ecommerce: delivering satisfaction