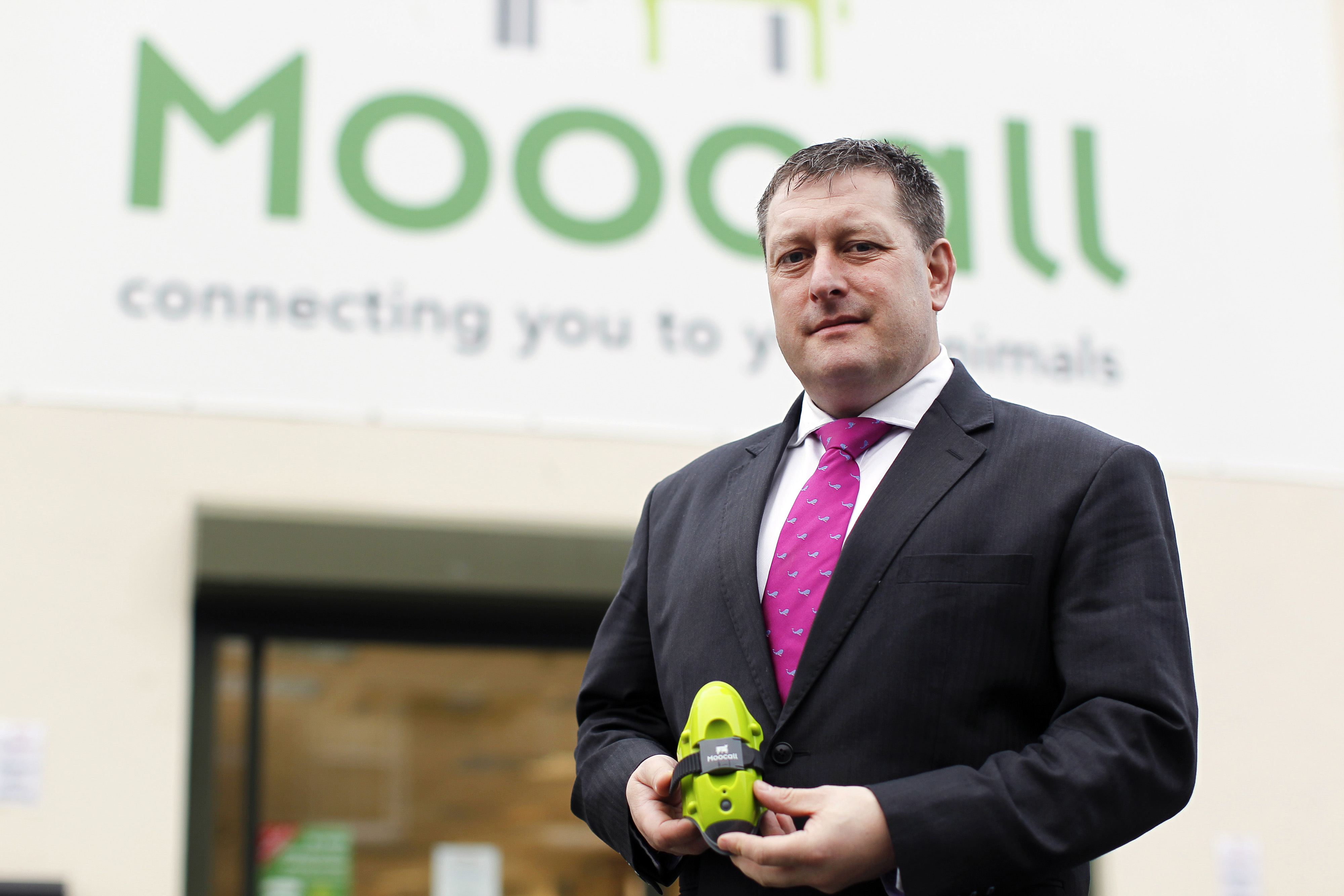 With tech-savvy farmers increasingly turning to wearables to manage their livestock, from Fitbit-style trackers on cows to bovine ovulation predictions, the Internet of Things is no longer a thing of the future. And it is a good thing, with the UN predicting agricultural output needs to rise by 70% by 2050.[1] The only way to achieve this will be to drastically improve production and efficiency in farming.

In response to growing demand for smart solutions from the UK market, Moocall, a Dublin-based start-up which can send calving alerts to farmers when a cow is about to give birth, predicts its sales to the UK will more than double in 2019.

Moocall sensors can alert a farmer when there are particular movements in the cow’s tail – which is a characteristic of the onset of labour. More than 15,000 farms worldwide use the product, with more than 29,000 calving sensors sold to date across 44 countries, and over 3,000 sales in the UK.  The company has also recently launched its second product, Moocall HEAT, a heat detection system which determines when a cow is in heat through a collar worn by the bull.

The idea behind the original calving alert device came when one of the co-founders, Niall Austin, lost a heifer and her calf due to a difficult birth in 2010. He noticed that there was an increased movement in a cow’s tail prior to giving birth and brought the idea to other Moocall founders Michael Stanley and Emmet Savage.

As they looked at the issue, it quickly became apparent that far too many cows and calves were being lost during the calving process, and this number could be lowered by using technology to monitor labour. The first Moocall product, the Moocall calving sensor, launched to great interest from farms and agricultural busineses.

Identified as a High Potential Start-up by Enterprise Ireland, the Irish Government agency, Moocall received investment of €250,000, allowing it to scale-up sales and develop export markets. According to company co-founder and Chief Executive Emmet Savage, the calving sensors’ accuracy is above 90% and the units provide the only affordable option on the market under £300.

Emmet Savage, CEO at Moocall, commented: “Through the support and guidance of Enterprise Ireland, we have seen that farming in Ireland and the UK contains a number of similarities, and we are excited to continue our UK growth over the coming years.”

Shauna Higgins, Market Advisor for the agritech sector at Enterprise Ireland, commented: “Innovation is at the core of all great start-up companies and Moocall has shown rapid growth since early stage product inception. The company has a strong opportunity to become a leading global player in this product category.”