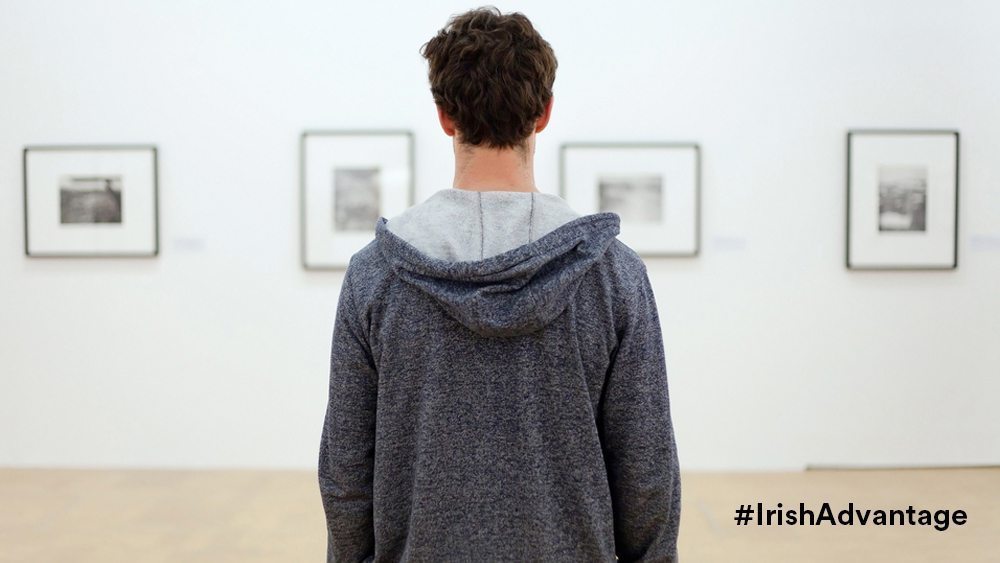 Despite the economic uncertainty threatened by Brexit, UK tourist numbers are on the rise, seeing a marked increase in footfall and spend at gift shops at UK tourist venues.

“Spending by overseas visitors to the UK rose from £22.5bn in 2016 to £25.7bn – a record high – in 2017,” says Stephen. “The museum and heritage sector market in the UK is a niche for Irish suppliers but it is a niche that is growing faster than companies’ traditional markets. Additionally, retail buyers in the museums and heritage sector are constantly looking for new products and suppliers and Irish manufacturers and suppliers are proving very popular.”

A number of key qualities must be met to successfully meet the stock requirements of retail outlets, run by organisations such as the Ashmolean Museum in Oxford, English Heritage, Historic Royal Palaces, the National Trust, the British Museum, and the Museum of London, says Stephen. “To work with buyers in the museum retail sector, you don’t just turn up and make a sale, as you might in more traditional areas. Suppliers and manufacturers must take time to tell the story of their product. That is what buyers at these venues need to understand.”

“Museum retail buyers need bespoke products. Bespoke might mean, not just for the market or the region, but for individual venues. Irish companies that supply to the sector may only sell 50 or so items at a time, so they are ready for small batch production. What we see is that, because they are so skilled at building relationships with buyers and venues, they win repeat orders again and again.”

As well as working with commercial directors at particular venues, giftware suppliers work with the venue’s product development team and with the curators of one-off exhibitions.

Each year, Enterprise Ireland, the national export agency, brings UK, European and American buyers of giftware to the Showcase Ireland event held in the RDS in Dublin in January. Stephen sees buyers’ ‘eyes wide-open delighted’ with the range and quality of the goods on display.

“When buyers go to trade shows in the UK, Germany or France, they see the same products again and again. That’s not what consumers in this sector want,” explains Stephen. “Something that has been mass-produced by a nameless manufacturer on the other side of the world won’t work in this sector. Consumers want something different – something that belongs to a tradition but that is also innovative and has a spark of creativity.”

One example of a company producing a product with a story is Rathbornes, which was established in Dublin in 1488 and is the world’s oldest candle company. When Rathbornes attends a trade show, their team very much looks the part, wearing leather aprons while talking about what makes their products so special. In 2013, the company launched its Beyond the Pale range of luxury candles, made from beeswax and essential oils. It also produces a range of luxury hand and body lotions.

The Ashmolean Museum’s Retail Buyer, Katherine Merrony comments, “Wonderful things come out of Ireland. We like the traditional methods Irish manufacturers use and also the ‘up-to-dateness’ of things. We go to Showcase Ireland to source giftware, homeware and ceramics. We understand the potential and skills that are required to produce the throws, for example. The quality is great in Ireland.”

It is that mix of tradition and innovation that is a real winner in the heritage market, says Stephen. “This mix is something that Ireland is brilliant at doing successfully, not just in the UK, the potential is global.”