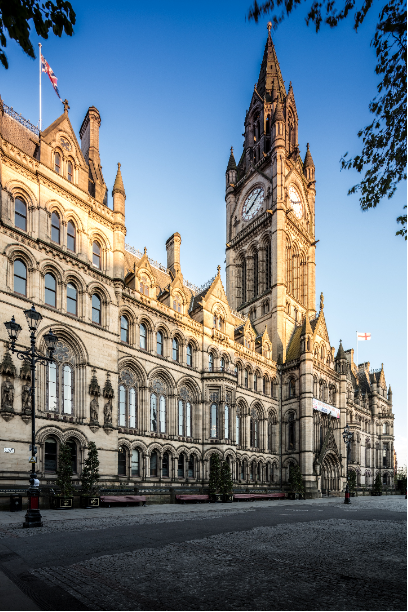 Following a meeting of the British Irish Council this morning in Manchester, Ireland’s Prime Minister, An Taoiseach, Leo Varadkar will this afternoon meet with six CEOs of leading Irish companies who are growing their business in Manchester, part of the dynamic growing ‘Northern Powerhouse’ region of the UK. The Enterprise Ireland roundtable event will take place at ESB Energy’s new office in Manchester, which An Taoiseach will officially open today.

The Irish companies taking part in the roundtable engagement with An Taoiseach include; Malone Group, John Sisk & Son, Glanbia Cheese, ESB Energy, TTM Healthcare, Nolan Transport who all have a strong and growing presence in Manchester. Discussions at the roundtable will focus on Irish capability and achievements in the region as well discussions on the current view of the market, including future challenges and opportunities.

The Taoiseach will also visit Sisk’s ‘Circle Square’ development, which is one of the largest schemes in Central Manchester. Sisk is due to complete all current contract works on the project during 2021. Valued at £240 million, at its peak the project will employ a workforce of 1,300.

This visit comes at a time when Enterprise Ireland recently announced its Irish client base increased exports to the UK by 4% to €7.9bn in 2018.  The Irish construction sector recorded the fastest growth up 14% on 2017, while Ireland’s fintech sector exports grew by 15%, cleantech grew by 9% and engineering grew by 5%. Enterprise Ireland client companies are employing more than 100,000 people in the UK.

Speaking during the visit to Manchester today, An Taoiseach, Leo Varadkar TD, said: “This afternoon’s meetings provide me with a valuable opportunity to hear directly from a number of top Irish companies who are among our biggest exporters to the UK. The UK market is evolving and there are significant opportunities for Irish companies operating in the growing Northern Powerhouse region. Despite the major challenges posed by Brexit, Irish companies are part of the UK business landscape, and the Government, through Enterprise Ireland, wants to help them diversify and grow that business in the years ahead.”

Hosting Enterprise Ireland’s CEO Roundtable, Marina Donohoe, Enterprise Ireland’s Director of UK, Nordics, CEECIS & Russia, said “An Taoiseach’s trade visit to Manchester, supports Enterprise Ireland’s diversification agenda by raising awareness of the opportunities in the UK, particularly in Manchester. Although Brexit introduces challenges and complexity to the market, the UK will continue to be a key market for Irish companies and our exports results to the UK in 2018 reflect this, with a 4% increase on 2017. The opening of Enterprise Ireland’s office in Manchester this year highlights our commitment to the region and the new office will be dedicated to securing business in areas of growth throughout the Northern Powerhouse region.”

Today, An Taoiseach will also officially open the new ESB Energy offices in Manchester during his visit. In 2017 ESB Energy was launched in Great Britain, offering electricity and gas supply to residential customers. The opening of the new ESB Energy office in Manchester provides a base for their UK team to support growth in the Northern UK region, with over 50,000 customers and plans to grow substantially over the next 3 years.

Marguerite Sayers, ESB Executive Director, Customer Solutions, says that the opening of the ESB Energy’s Manchester office by Taoiseach Leo Varadkar TD marks a significant milestone in the company’s longstanding presence in the UK: “ESB Energy entered the UK retail energy market in 2017 with a pledge to be the most innovative, responsible and easy-to-deal-with energy supplier for electricity and gas customers in Great Britain. With a customer base now in excess of 50,000, ESB Energy’s presence builds on our investment in Britain’s energy sector for over the last 27 years. In that time, we have invested in flexible and renewable generation assets in gas, wind and biomass, including the UK’s most efficient thermal power plant at nearby Carrington. With ESB electric vehicle rapid chargers already on the streets of London and Coventry, we are also developing an extensive network of car charging points across Great Britain. This network – along with the services offered by our new low carbon heating team based in Coventry – supports ESB’s vision of a brighter, low-carbon future for all the communities we serve.”