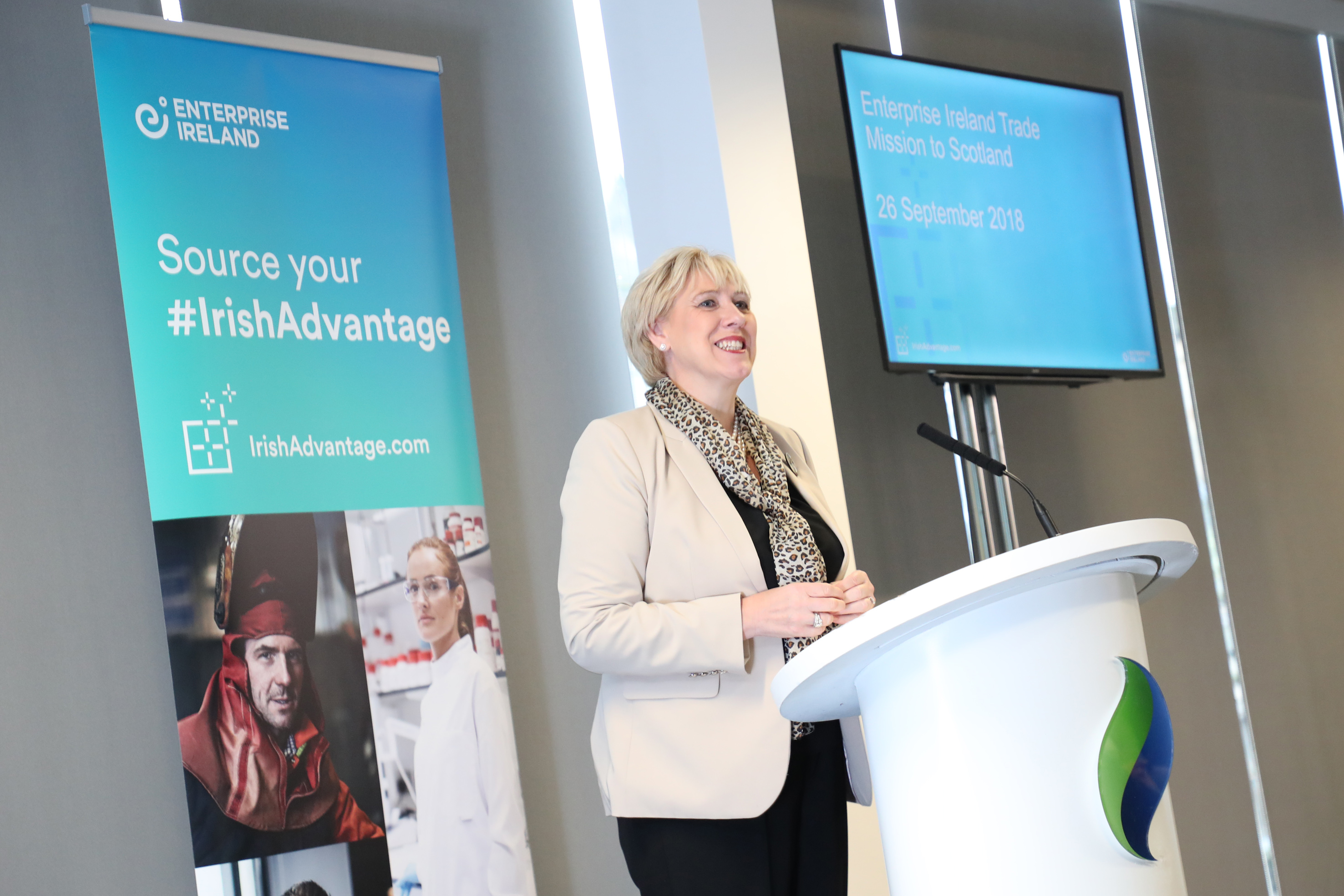 Trade relationships between Scotland and Ireland are on the rise, with exports in each direction increasing by over 100% since 2012, according to research by Enterprise Ireland, the trade and innovation agency. In 2017, Irish-Scottish trade exceeded £1.8 billion, up by 130% over the last five years. In addition, Ireland is also the fourth largest Foreign Direct Investor in Scotland.

To strengthen these trade ties even further, Enterprise Ireland led a trade mission to Scotland to further discuss how businesses in both regions can better collaborate. Minister for Business, Enterprise and Innovation, Heather Humphreys TD said, “Bilateral trade between Ireland and Scotland is strong, exceeding £1.8 billion in 2017 and there is immense opportunity to build on this for both countries. As Brexit negotiations continue, the Irish Government, through Enterprise Ireland, is committed to consolidating and growing Irish exports to Scotland and the UK now and into the future. Engaging with senior Scottish business and political leaders is critical to this effort: to realise the scale of this opportunity for both Scotland and Ireland.”

Given the close proximity of the markets and shared business culture, the Scottish trade mission reaffirmed the importance of strengthening trade relationships, particularly in the current Brexit climate. The two-day mission emphasised the opportunity for increased collaboration between the two countries and helped facilitate Irish and Scottish companies to explore areas of potential collaboration and power future economic growth between both countries.

56 Irish companies participated in the trade mission to Scotland, highlighting the strong business prospects for Scottish-Irish collaboration, as well as raising awareness of the scope and scale of the opportunities. With a focus on Ireland’s strengths across fintech, cleantech, agritech, automotive, construction and digital technology, Enterprise Ireland reinforced the synergy across the two countries especially focused on talent, ambition and innovation, as well as broader infrastructure opportunities in food and beverage manufacturing and offshore wind.

Deirdre McPartlin, Enterprise Ireland UK Manager, said: “Scotland and Ireland have always had strong trade ties and through the trade mission we aim to help deepen existing relations and grow the market opportunities that currently exist between the two countries particularly within construction, agritech, financial services and off-shore wind sectors.”

The mission focused on Glasgow and Edinburgh, as well as at various other sites around the country, including a visit to the state-of-the-art timber facility of Glennon Brothers, a company supported by Enterprise Ireland, in Troon. Seminars, roundtables and networking events covered themes including environmental performance, innovation in asset and wealth management, and the changing landscape of Scottish Farming.

McPartlin said: “Our trade mission to Manchester earlier this year and our trade mission to Scotland, reflects the strong appetite from Irish companies to continue to grow their customer base and diversify within the UK’s regions.”

This mission has already helped to facilitate trade deals between O2 and ScotRail, and ABP Food Group and Central Solutions, as well as IDASO opening its first UK office in Edinburgh. These are exciting developments despite the current uncertain economic climate, and Enterprise Ireland looks forward to welcoming further prosperity of Irish and Scottish trade relations.