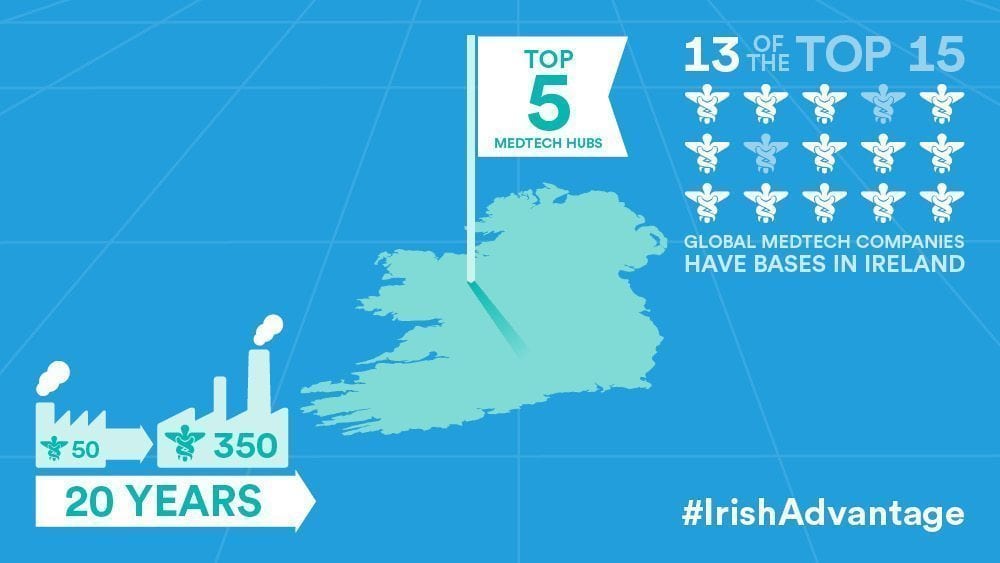 Ireland in the news Uncategorized @en-uk

Ireland is home to some of the most remarkable medtech start-ups in the world. Let’s take a look at a small selection.

Having enjoyed exponential growth from 50 to 350 companies over the past two decades, Ireland has quickly emerged as one of the world’s top five medical technology hubs.

While 13 of the top 15 global medtech companies have bases in Ireland, it is not only big companies who are enjoying success. The country has also spawned an incredible wave of homegrown talent, and now boasts some of the most innovative medtech start-ups in the world.

Coroflo has developed a groundbreaking breastfeeding monitor, the Coro, which can accurately measure exactly how much breast milk a baby is consuming. The Coro is the first breastfeeding monitor in the world that can give mothers accurate, precise, and real-time data about milk supply.

Coroflo has already received Richard Branson’s seal of approval and raised €900,000 in seed funding at a €4m valuation.

“One of the main obstacles to successful breastfeeding is a concern about low supply, with some mothers uncertain about how much milk their baby is getting,” explains CEO, Rosanne Longmore.

The platform developed by Carefolk is for people who care, quite literally.

Designed for both healthcare professionals and carers, the platform provides access to six products that can be used independently or together on the platform, integrating and talking to one another to create one perfectly formed system.

A huge undertaking, the project is certainly having an impact. Carefolk won two awards at the 2017 IMSTA Medtech Awards, picking up the Best eHealth/Digital and Best Primary Care/Community awards.

While you might not have heard the term rhinitis, if you have not suffered from the condition yourself, you almost certainly know someone who has. The term describes an inflammatory condition on the inside of the nose that results in congestion or rhinorrhoea, and affects roughly one in five people across the world.

Based in Galway, on Ireland’s west coast, Neurent Medical is developing a minimally invasive solution for the condition, which has the potential to revolutionise the way in which patients are treated, offering a better quality of life for millions of people.

“It’s a disruptive device play in a pharma world,” says co-founder and CEO Brian Shields, who established Neurent Medical with David Townley in 2015.

“Rhinitis is largely treated by drugs, from over-the-counter to prescription medication, depending on its severity. We’re developing a single-use device for ENT surgeons to treat both allergic and non-allergic rhinitis, providing a better quality of life for the millions of sufferers worldwide.”

Founded by Rob Laffan, father of a five-year-old girl with non-verbal autism, TippyTalk helps other non-verbal children to communicate. The technology translates pictures into text messages, which are sent to the phone of a family member or caregiver. The app helps a person who is non-verbal to communicate and express a desire, want, need or feeling.

“We are the next generation of augmented alternative communication (AAC) for people who are nonverbal,” Rob explains. “Once upon a time, the only way to communicate using AAC was face-to-face but our platform allows users to communicate with anyone, anywhere, at any time.”

The innovation isn’t limited to the home. The company has just launched a version of the product for the educational and professional care markets called TippyTalk EDU, which boasts two-way communication and a hub that provides data-driven insights on students and clients.

Incereb is developing a range of paediatric, neonatal and foetal sensors for EEG monitoring that can be applied in minutes, with minimal training.

Previously, attaching EEGs to a baby’s head to determine brain function would take time and training, and would be uncomfortable for the child. Incereb set out to change that.

“Having worked in neurophysiology for almost 20 years, with almost 8 years in paediatrics and neonatal ICU, it was obvious that many NICU devices were simply adult devices scaled down for use on tiny babies,” says founder Jim Roche.

“Incereb is the first EEG device of its type to be designed specifically for use on neonates in the NICU. It’s faster to apply, accurate, kinder to the baby, and makes EEG brain monitoring in the NICU available 24/7/365”

The Incereb design has already celebrated a number of successes in the US and entered the South American market last year. 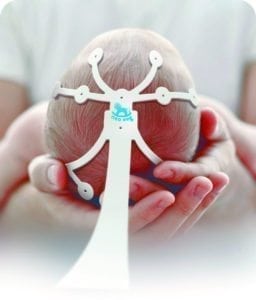 With a 96% patient acceptance rate, HealthBeacon – described as a ‘sharps bin’ for those who self-inject at home – is the result of some tinkering and a lot of effort, according to founder Jim Joyce.

“After going a few rounds as mad scientists, we found a practical solution that helped patients take their medications on schedule,” he explains.

“We could see the data impact immediately as we increased a patient’s probability that they would remain on treatment and by remaining on treatment we could drive better outcomes. Now that we had an impactful product, it was time to build a company around it.”

Connexicon Medical specialises in the manufacture of tissue adhesives and sealants for topical and internal applications.

Its product, Indermil Flexifuze, is a liquid topical tissue adhesive used to close wounds that can stay in place for five to eight days, acting as a physical barrier to microbial penetration. Part of a fast-moving and competitive market, the company has raised over €1.15m in funding to date.

In 2016, its first European product – a vascular closure device – saw investors back it to the value of over €16 million. The company aims to meet clinical requirements with a particular focus on arterial and venous closure devices, based on its patented PerQseal technology.

Sign up to our newsletter to keep up with the latest medtech news from Ireland.

Don’t stand so close to me: Irish companies resolving the challenges of social distancing